A night at the museum

Why don't you do something with them tonight, Sabine and Tabitha had demanded. But please, not quite as much nonsense as usual. How about a bit of culture, some education, for a change? A good exhibition or a visit to a museum - a trip down memory line for the international day of museums.
Text Michael Köckritz
Photo Steffen Jahn

Mothers, of course, have a tremendous role. But so do us dads. We are very special because we usually get to spend much less time with our children than mothers do. Moreover, we are men and, therefore, in many ways quite different from women. Fortunately for us, the kids, and our Wifes.

Not that what you experience with mom is boring, but there would be no greater disappointment when dad finally comes home in the evening or has time on the weekend and then does exactly the same thing with the offspring as mom would. Mothers stand for security; we stand for adventure. So we're in demand for anything exciting and a bit dangerous (or something that looks like it), and boys love it when dad introduces them to his world, the world of men: Whistling, carving, bike riding included. After all, Dad also reveals - when Mom is not around - that he knows (almost) everything. 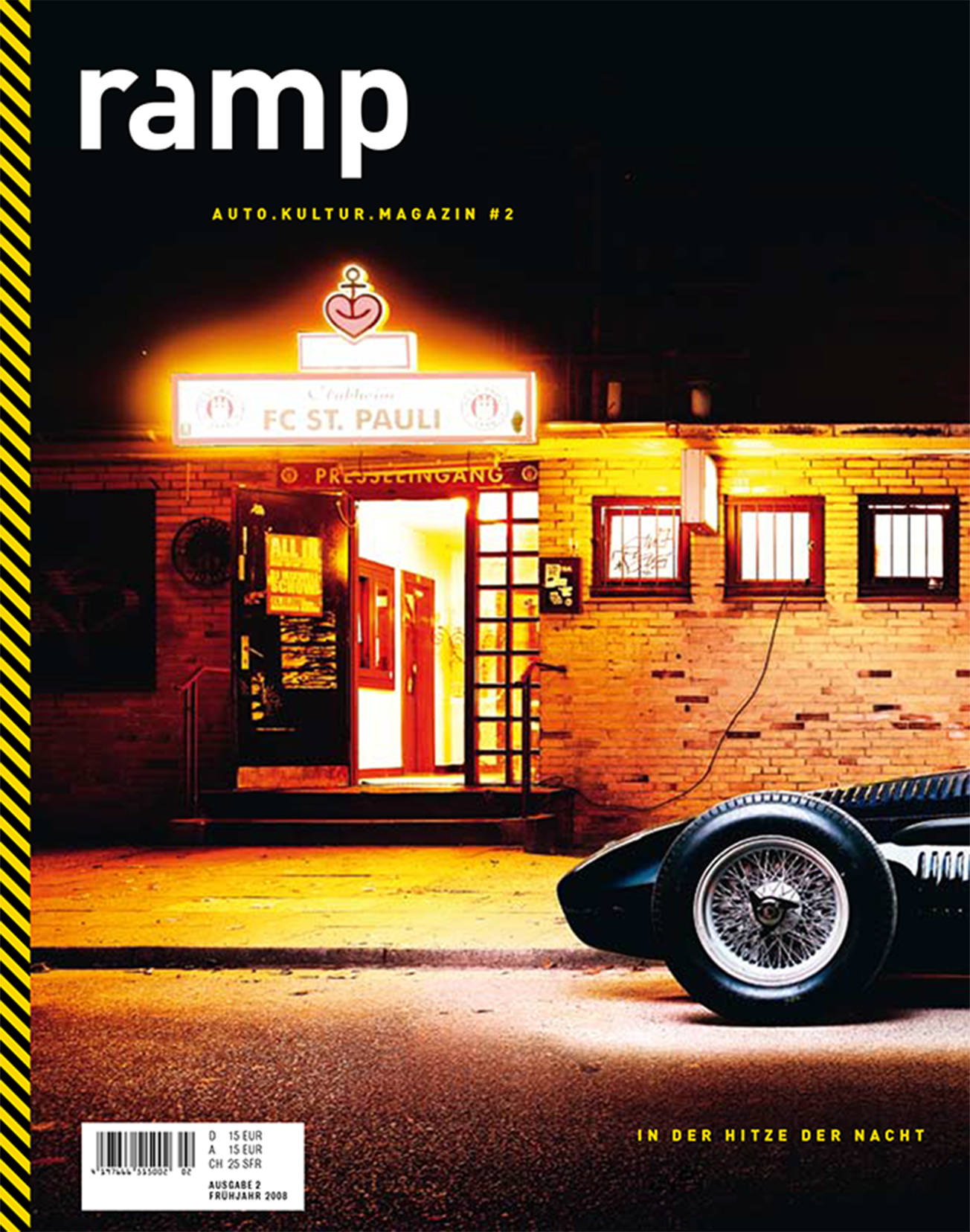 Actually, you can venture with dad not only into a shopping spree without hesitation, like with mom, but also into the jungle, plunge down steep slopes with snowboards and skis, or even break into a museum with him at night, because you can then discover it all by yourself …

So much for the educational part.

Essentially, the Mercedes-Benz Museum is a simple building. Everything here is subordinated to one idea: Movement. The departure from the static as the first loving homage to the content. So the lines and surfaces are allowed to demonstratively and sympathetically exude dynamism, freed from the seriousness of the brand; everything swings, swells, and winds as if a technoid organ had joyfully swallowed a turbo engine. Great choreography. Concrete and aluminum-silver strips then waited for an opportune moment to capture a particularly successful snapshot of the good Mythos mood, to preserve it henceforth for eternity and all automobile enthusiasts. Great choreography. The building also brought a certain dynamic to the structural engineer's daily routine. How many nervous breakdowns and screaming fits must actually be causally linked to the bold design here is not documented, but we gladly believe the handed-down first comment of a structural engineer: That will never work out! In order to realize the ambitious 150-million-euro silver bullet, says architect Ben van Berkel, his team and the associated network of 250 engineering offices had to program more than they drew until the 110,000 tons of concrete were finally ideally twisted into place. Pioneering work.

As a reward, the architects were allowed to provide a little help in classifying the whole thing at the opening: The doubly intertwined concrete spiral, they said, was reminiscent of a "double helix" and was a "metaphor for the brand's genetic makeup. They probably had a round of champagne beforehand.

"Wow! It really looks like a Double Whopper," was Tim's first comment as we approached our target.
"I think it looks more like a silver whale with a spoiler," Valentin dryly throws into our men's night round.
Seven- and twelve-year-old boys just have their own associations. Good thing there's no architect around. In fact, there is no one around. Here, where during the day concentrated automotive interest (860,000 visitors in 2007, plus 11,000 groups, more than 2,100 school classes, almost 300 events!) is converted into collective movement and streams of visitors, leaving a lasting mark as a further, lively dynamic facet, little happens tonight. Only us. And that's good so! For the public, the museum is open from Tuesday to Sunday from 9:00 to 18:00. Now it's just before 21:00. Perfect.

The interior also unravels everything that was previously considered a bare minimum for architecture: The floor curves to the wall, the wall carves into the ceiling as a concrete wave, and in the whole swirl of forms, the classic levels blur, becoming an exciting automotive history educational trail that entices visitors across nine levels. The atrium alone! An atrium of atriums. 40 meters high. Pure organic concrete look, elevators boldly attached to the wall via steel rails, like something out of a science fiction movie. Metropolis sends its regards! If there is to be a sequel to the film, it has to be shot here, Christian and I spontaneously agree. Tim and Valentin haven't heard of Metropolis or Fritz Lang, of course, but they have another idea: "The right thing for Spiderman," Valentin says. "Yeah, he'd easily shoot some spider webs into the wall here and then swing up," adds Tim. We fathers only look up for a moment and then plead for a more conventional solution - the elevator. That's okay, too.

"The right thing for Spiderman," Valentin says. "Yeah, he'd easily shoot some spider webs into the wall here and then swing up," adds Tim.

At the top, the journey into the past begins with a neigh. A horse welcomes us, white, stuffed. Underneath, a quote: "I believe in the horse. The automobile is only a temporary appearance." Comes from the good Kaiser Wilhelm Nr. 2. "Didn't he have a clue about anything else either?" Tim immediately wants to know. My answer is rather diplomatic.

Then we go down two spiral paths. 160 exhibits and 1500 exhibits await us. We could walk five kilometers until we have mastered all levels. But we don't. We wouldn't have the time. "We should take a vacation here, like a week or two," the guys suggest. That's the idea. So for us, it's automotive history on the fast track. We go to what spontaneously appeals and fascinates us. In the light of the flashlights, the present fades out. Apart from that: How long do modern batteries actually last?

Of course, there's all the big, the special. The Mercedes Simplex 40 hp, the Uhlenhaupt-Coupé, the Silver Arrows. But there are also the many surprises and details that enchant. The boys immediately discover the old beach ball in the Mercedes 300 TD from 1985 and the VIE-EH license plate on the olive green Mercedes with the sheepskin covers. A delicate firework of ideas. "No visitor will be able to notice all the hidden clues in this museum", the fathers had read in advance. After three entertaining hours, we're quite sure that's true. But we won't tell you any more than that here. We had to promise Tim and Valentin. "Let the others come up with it themselves," they demanded in unison at the end with a mischievous grin. That's actually true.

Maybe the museum will even organize nightly "burglar tours" after this feature. Maglite will certainly sponsor.