Anthony Kiedis: The Art of Surviving

It was 23 years ago that the Red Hot Chili Peppers released the album "Californication". For fans it was a revelation, for the band members a turning point. Today their frontman Anthony Kiedis celebrates his 59th birthday. We congratulate him with a best-of of his interviews.
Text Marcel Anders
Photo Richardson

Mr. Kiedis, you never seem to get any older. What’s your secret?
[laughs] Thanks! Though it’s not like I really work at it. Besides, I don’t see looking young as something to strive for, like this ridiculous obsession with youth. There are plenty of people in Los Angeles who could serve as a deterrent, examples of just where cosmetic surgery, too much Botox and a few minor blunders can get you. I’d never go that far.

But you take good care of your body, don’t you? At least it looks that way.
Sure, I do. But it’s nothing competitive. I bought a trampoline for me and my son, and we jump up and down on it almost every day. Just for fun. That gets those happy molecules moving in my head. And I swim a lot – mostly in the ocean. I also ride out on my motorcycle, which I enjoy immensely, and I sleep a lot. I’ve realized that it’s good for me to give my body longer periods of rest. I never would have done something like that before. I would have thought that was uncool, like I’d be missing out on something if I didn’t stay out all night. But I’m wiser now. I know I’m not missing out on anything that I haven’t experienced before – and most of it certainly wasn’t all that good for me. 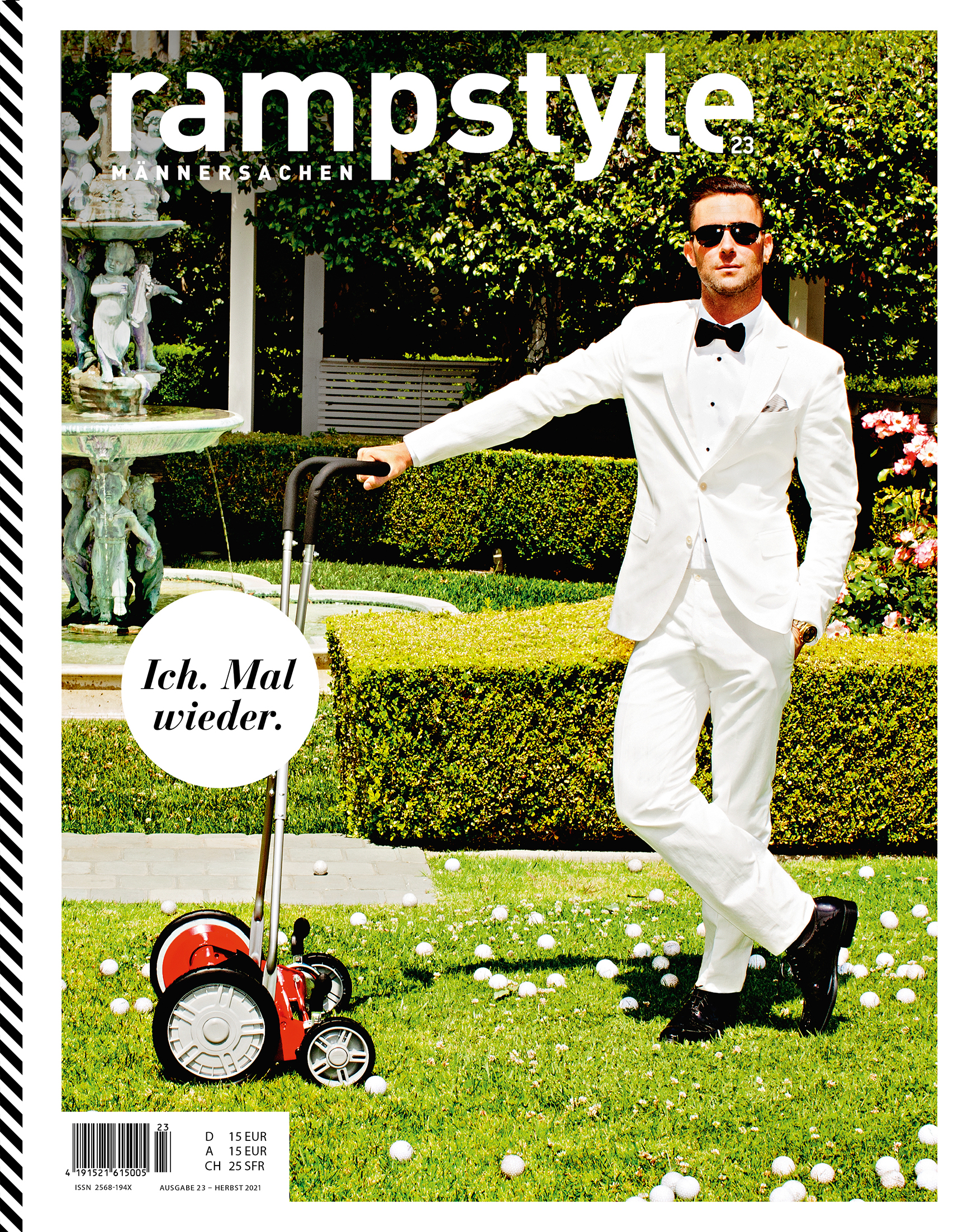 So getting older isn’t all that bad?
I’ve accepted it by now. And I’m looking forward to redefining the laws of physics if I succeed. [laughs] Because I still feel young and fit. And there’s still so much I want to accomplish with the band. I still want to make some really good albums, go on long tours and perform in places we haven’t been to yet. Like in Asia or Africa. I also want to continue to grow as a person. I still want to read a lot of good books, watch great movies and enjoy good food. I could also imagine trying out some new sports. Maybe even something like hang gliding or paragliding. Which, of course, depends on how fit I stay . . .

In your autobiography Scar Tissue, you wrote that you’ve been clean since Christmas 2000. Have drugs really lost their appeal for you? Forever?
I’m often tempted, but the feeling usually goes away as quickly as it came. Just a few days ago, I saw a video of three gorgeous, provocatively dressed girls standing in a kitchen, smoking joints and getting ready to go out. For a moment I thought, “That looks really sexy, like a lot of fun.” But then I realized that doesn’t work for me. I tried it 18,000 times and it always ended in disaster.

"There’s still so much I want to accomplish with the band. I still want to make some really good albums, go on long tours and perform in places we haven’t been to yet. Like in Asia or Africa. I also want to continue to grow as a person."

Are there any men you would describe as role models?
I’m a huge fan of Steve McQueen! He lived in Malibu and was into motorcycles – just like me. He was a guy who had his flaws, with weaknesses and humanity. Not a god, but a person like you and me. And he had character, was good-hearted and kind. In other words, he was a role model in every sense of the word. Which is really rare in Hollywood today.

Be honest: What do you look for most in a woman? Which parts of the body do you find most attractive?
[laughs] T and A, of course. Why should I lie about that? I’m just a guy. Though that’s not what I notice first. Mostly it’s the face, especially the eyes. I can really lose myself in the eyes, because they tell me everything about a person: whether they’re happy or sad, arrogant or shy, adventurous or innocent. The eyes are the windows to the soul. And there’s nothing more exciting than recognizing something of yourself in them.

What's better: sports or sex?
There’s no better or worse here. Both are important to me: sex from an emotional point of view, sports from a physical one. And they complement each other perfectly – they balance me out completely.

" The eyes are the windows to the soul. And there’s nothing more exciting than recognizing something of yourself in them."
–
Anthony Kiedis

What do you say about people calling you a womanizer?
I’ve never felt like a womanizer. I just like beautiful people. Sure, I’ve had my experiences, but it would be unfair to call me a womanizer just because of that – because I’m not. I don’t like the word, because it has something negative about it. Like someone who exploits and takes advantage of women. I don’t do that. I’ve always treated women with respect. Because I love them.

You were also briefly involved with Heidi Klum. Why doesn’t she appear in your book?
Because I don’t want to discuss our relationship in public. I’ll say this much: Heidi is a wonderful person who, unfortunately, is never seen for who she really is. Most people only see her looks – and, admittedly, she is very attractive – but beneath the surface she’s quite sensitive and incredibly smart. Unfortunately, some people just don’t fit together so well, even if they love each other a lot. Still, I’m glad we met. She’s a great woman and being with her was a beautiful experience.

In spite of everything, you have had an incredible number of illustrious partners . . .
I don’t keep count. And like I said, it’s not something I brag about. On the contrary, it reflects on my emotional deficits – my inability to commit to a long-term relationship. And that’s actually pretty sad.

But you’ve stayed faithful to your band. Haven’t you ever thought about doing something else, something of your own?
No, it’s way too exciting to be in this band. I can’t imagine recording a solo album either. And if I did, I would ask John to play guitar, Chad would have to play drums and Flea would be on bass. So far, I haven’t met anyone I’d rather make music with than these guys. That doesn’t mean I’ll never do anything else, but as a musical unit, the four of us are unbeatable.

→ Read the whole interview with Anthony Kiedis in rampstyle #23.