Available now: rampstyle #27 – By the way

Did you know that between thirty and fifty percent of all scientific discoveries are the result of coincidence? Velcro, Viagra, X-rays – sometimes people find things without even looking for them, but they are rewarded with an unexpected alternative. The English language has a word for this kind of surprise realization: serendipity.
Text Michael Köckritz
Photo ramp

Some scholars also speak of controlled sloppiness, a documentable deviation in experimental setups resulting from carelessness. For the sagacious, a mistake is information; for the ignorant, a mistake is a mistake. Albert Einstein even went one better: “If we knew what we were doing, it wouldn’t be research.”

And ideally, you trust your creativity above all else. German sociologist and social theorist Niklas Luhmann describes creativity as “the use of coincidences to build structures”. Creative people experiment more often and fail more often.

Strokes of genius don’t come about because you succeed more often, but because you try more often, along with persistence and tenacity and the courage to cheerfully screw things up once in a while. You can’t have one without the other.
“You miss one hundred percent of the shots you don’t take,” as Wayne Gretzky, the best ice hockey player of all time, once said.

Just as a foretaste of what to expect inside this issue.

With this in mind, happy reading! 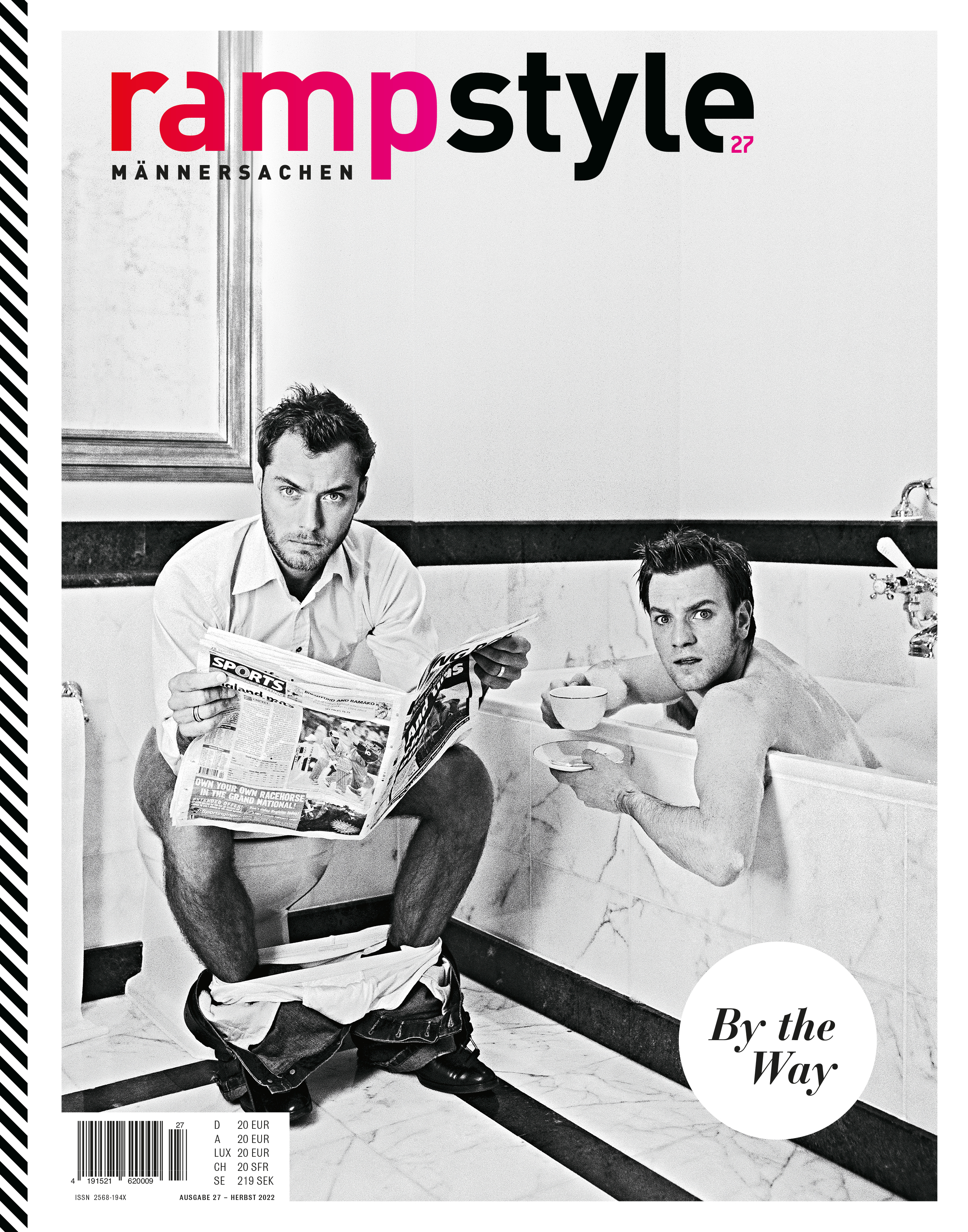 The Spirit of the Nineties

It was the decade of Nirvana and grunge, when rock music was back with stars like Lenny Kravitz. And in the middle of it all: photographer Paul Bergen. We show his best pictures.

What at first may seem like an odd couple turns out to be a surprisingly good match, as the cars’ owner explains. (He also tells us about his trip from Sant’Agata Bolognese to Germany after picking up the Lambo from the factory.)

For his portraits, he asks celebrities to lie flat across the back of a chair or to stand in front of a mirror: The photographer Norman Konrad plans his work down to the smallest detail – only to ultimately recognize spontaneous situations as ingenious opportunities.

It’s been almost thirty years since Porsche’s victory in the Paris–Dakar Rally, now a new edition commemorates the legacy. We also had the pleasure of working with Porsche to design a series of posters – and it really was a lot of fun.

The Secret of Consumption

Carl Tillessen has written a book in which he explores the question of why we buy things we don’t need. Our interview with him was a pleasure, even though (or because) shopping has been a lot less fun since then than before.

The Swiss artist paints and draws, works with glossy photos – and with humor. We spoke with him about random chance, stupid ideas and what a dot has to do with spaghetti. Of course, we also include a selection of his works.

Not of This World: Nicolas Cage

In our (very interesting) interview with the actor Nicolas Cage, he tells us how as a child he thought he was an alien and these days he enjoys tackling venomous snakes and swimming with sharks.

Also in this issue:

Robbie Williams Tells It Like It Is; Bruno Sälzer, Star Forward of the Fashion World - and and the Value of a Good Story. He successfully turned around watch brands such as Hublot and Omega, now the seventy-three-year-old executive has announced his intention to launch a watch brand of his own. We spoke with the “grand seigneur of the watch world” about marketing, luxury – and, of course, his new watch brand.