The San Fernando Valley lies in northern Los Angeles and is the exact opposite of the rest of the metropolis, home to millions of Californians: No dream factory pilgrimage sites, no false glitter, no glamour. The Northridge neighbourhood is more boring still. And yet this is exactly where Studio 606 can be found, creative playground of the Foo Fighters. An interview with Dave Grohl, mastermind behind the band.
Text Marcel Anders
Photo Presse

How long have you been wearing glasses?
Since I turned 40. I’ve gotta say, I was insanely happy about it at first. I’d always wanted a pair of glasses because my sister had some and I was a jealous kid. Shame, because I then discovered the things actually drive me insane. I’m always forgetting them or putting them down somewhere, which means I’m mostly walking around blind. I can’t even read a menu, I always need someone to help me. That’s just embarrassing, I hate it.

You broke your leg in the summer of 2015 – is that all sorted out now?
Yeah, thank God! I spent a year in physiotherapy. I had no idea it could be so boring.

You continued the concert as before after a short break, except sat down. Why didn’t you just cancel it?
Because I couldn’t do that.

Come again?
It’s down to the good old school of punk rock I come from. It’s happened a lot in punk – band members get injured on-stage all the time. Maybe they get an electric shock, they land on their face on a stage dive or whatever. It was normal and nobody would ever dream of breaking off a gig because of it. And even though I’m not playing punk rock any more, I’ve always held on to that mentality: Never call off a gig just because you’ve gotten a little injury – you grit your teeth, push through and don’t show any weakness.

But you did cancel a few performances after that.
I didn’t know how to handle the situation at first. It was obvious that I couldn’t stand, and I couldn’t sit in a wheelchair for two or three hours. So I needed a different solution. The result was the throne – the one that was a guitar stand and a smoke ­machine at the same time. An incredibly cool piece of kit my roadie and I spent a long night putting together. We couldn’t believe it – it seemed like nobody had come up with this idea before. It’s actually totally simple, and so mad and excessive that it goes full circle and becomes cool again. At times – I have to admit it – I really enjoyed sitting on it.

You later passed the throne on to Axl Rose, who suffered a similar fate with a broken foot.
That’s right. And I saw a Guns N’ Roses gig he performed that way. I’ve gotta say: It looked weird… not especially rock n’ roll.

How do you mean?
Well, I can’t look at myself when I’m on stage. But every now and again I just kept thinking the throne was odd somehow. And it was – it really was! (laughs) It’s a strange sight when someone performs seated in an arena. Because they lose the movement and energy of the frontman, whose job it is to make that connection with the audience. But hey: For all that, the sound was awesome – much better than it used to be. But at the start, when I watched him, I thought “That’s the most ridiculous thing I’ve ever witnessed. Who the hell came up with that crap?” (laughs).

Is it only the music that drives you?
I know it sounds like a cliché, and some people will definitely raise their eyebrows when they read this, but it’s the truth: I love what I do. Before my career took off I worked every shit job possible – and I’ll never forget that. I’ll never get so spoilt that I forget where I come from. It’s the music that’s given me prospects and allowed me to make a better life for myself. That makes it something like my biggest love, my best friend ever and my central mission in life. If I have a few days where I don’t get to engage with music, that puts me in a bad mood right away. 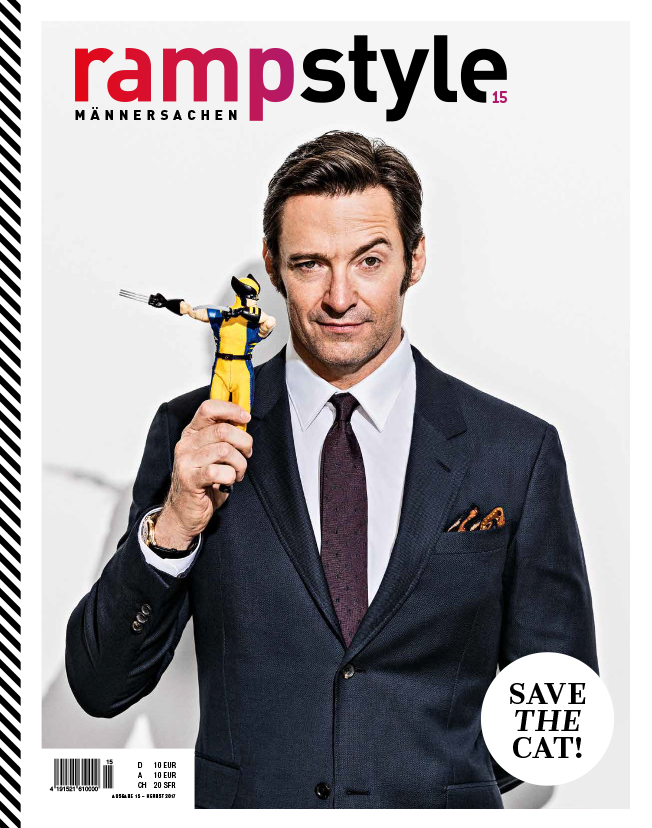 »It’s the music that’s given me prospects and allowed me to make a better life for myself.« – Dave Grohl

Have you ever wondered if you might slowly be getting too old for it?
Oh, I’ve basically spent the last fifteen years asking myself that (laughs). Honestly, that feeling is nothing new. Back when I started the Foo Fighters I was 25 or 26 and I thought: “I definitely won’t be doing this in my thirties – I’ll be far too old by then.” But when you’re on-stage or in the studio, you never think that way. The same as how you don’t get stuck thinking about being 48 already in your day-to-day life. You feel the way you’ve always felt – just like at 25, and not a day older. That’s the way it is for me, at least until I see my reflection in a window, mirror or wherever and I ask myself: “Oh God, what the hell happened to me?”

Is it true that your mother regularly accompanies you on tour?
Oh sure, she’s been all over with the band. Since she retired at least. She used to be an elementary school teacher. And most people who retire do start off with a cruise. But because that would have meant my kids and I wouldn’t have seen her for ages, I just made her an offer: “My band is like a cruise ship. Just come on board with the Foo Fighters.” And that’s what she did. By now she knows all the crew and she watches all our performances from the edge of the stage – sat on a folding chair with a glass of wine.

And you don’t feel daunted by having your mum constantly nearby?
Not a bit! She’s supported me in everything – and she’s always been proud of me. In that sense, it doesn’t unsettle me at all when I see her sitting there. Obviously I know some of my colleagues would have a few qualms about enjoying themselves with groupies, getting drunk or taking drugs. But that doesn’t happen with the Foo Fighters. We’re mature, seasoned family men. Those times are behind us.

How boring!
Yeah, insanely boring. We do coffee, water and occasionally a beer, and that’s it. And we don’t party after our gigs or anything – we just hang out, rest and go to bed. It’s all totally upstanding and well-behaved. But don’t go thinking that’s any different for ­Metallica, Slayer or Slipknot. You can’t go at full throttle forever.

You’ve been in the business for so long. Is there anything that would still get you excited?
(laughs) Yeah, an incredible amount! For example, I’ve never played on perennial ice, on the edge of a volcano crater or on board a plane. Those are things that would definitely appeal.

David “Dave” Eric Grohl was born on 14 January 1969 in Warren, Ohio, and grew up near Washington, D.C. His parents separated when he was six years old. Grohl began his musical career as a drummer in various high school punk bands before releasing two albums with the Scream at the age of seventeen. In 1990, after Scream broke up, he replaced Chad Channing of grunge band Nirvana and recorded the album Nevermind with Kurt Cobain and Krist Novoselic. Following Kurt Cobain’s death in 1994, Grohl first started working on a solo project before deciding to form a new band. The first Foo Fighters album was released in June 1995. The term foo fighters was used by American pilots in World War II to describe certain objects they had seen in a series of UFO sightings. Grohl once said it was “the stupidest fucking band name in the world”. Grohl married his second wife Jordyn Blum in 2003. The couple has three daughters together: Violet Maye born in 2006, Harper Willow born in 2009 and Ophelia born in 2014.

Read the full interview with Dave Grohl in rampstyle #15.