Christoph Waltz: "The bad guy is a niche"

Today the long-awaited Bond film "No Time to Die" starts in the cinemas. Everyone is talking about the hero, of course, this James Bond. But what would a hero be without an antagonist? Nothing. At least that's what Christoph Waltz said in an interview with rampstyle - long before he put his own personal villain stamp on Bond villain Ernst Stavro Blofeld for the second time.
Text Helmut Werb
Photo Jeff Lipsky

“There were moments in my career,” says Christoph Waltz, “when I was at a crossroads.” It’s been twenty-one years since his role as murderer-of-the-week in the Austrian police procedural about a German Shepherd, and we’re sitting in a luxurious hotel room in Santa Monica, California. 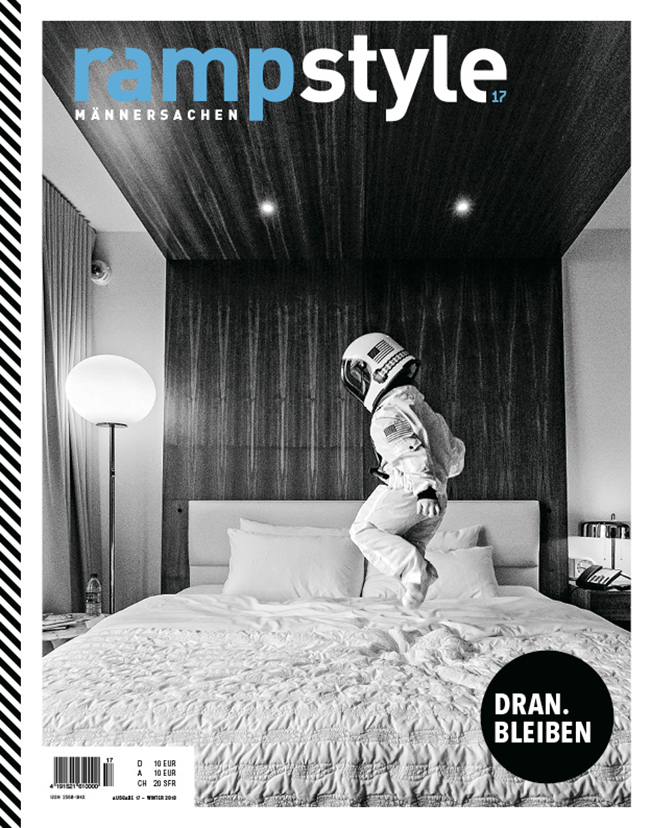 In the meantime? He played the arch-villain Oberhauser alias Ernst Stavro Blofeld in James Bond's "Spectre". Roman Polanski cast him in the psycho-drama "The God of Carnage" and in "Water for Elephants" he played the cynical villain. In his latest film he returns to the Bond universe and once again plays Bond's evil stepbrother. A good opportunity to philosophise with him about evil again. And of course his acting career, which is anything but ordinary.

As a German-speaking actor, is he afraid of being typecast as the eternal baddie? A journalist once called him the most evil man in Hollywood. “To be honest, it’s all the same to me,” he says, waving it aside. “I just wonder who said that.” A London journalist. Waltz nonchalantly shrugs his shoulders. As if to say: who cares? “Unfortunately, the bad guy is a niche. Because those are the most interesting roles,” he adds. “The hero isn’t worth anything if there’s no antagonist to give him a reason to be heroic. These parts are actually becoming less interesting because they submit to the power of the market in such a way that the drama that we actually desire as an audience just can’t keep up.”

The Viennese actor is witty and charming and obliging and intelligent and impeccably dressed. The way he speaks would once have been described as deliberate – and in the image-hungry film business, he has made this his trademark: the long stress on a single syllable, the pause that he uses as a weapon when he’s playing the bad guy. His eyes gleam, and you wonder if this is the grin of a shark just before it devours its victim. And if sharks wear custom-made shoes without socks.

"Unfortunately, the bad guy is a niche. Because those are the most interesting roles. The hero isn’t worth anything if there’s no antagonist to give him a reason to be heroic."

The father of four tends to ignore questions as to his private life. Then he just shuts down without comment. He does reveal that he has moved his life from Berlin and London to the – more befitting his rank – hills above Malibu. Yes, he says, life has changed: definitely for the better. Being a successful film star also has its positive sides. For example, the fact that he can pick the better stories. “I do consider myself to be a stick-to-it kind of person, steadfast, someone who never gives up,” says Christoph Waltz. On the other hand, he has always had enough work, was able to earn a living and was actually quite privileged in this profession. “True!” But the big breakthrough came late. “Very late!” How do you motivate yourself when you’re in the prime of your life, as the saying goes, and the parts aren’t so great, but you’ve got to pay the rent?

“That’s what separates the real from the fakes,” he says. We want to know more. “If I’m only interested in success, in external recognition, then it would be wise, after a certain period of failure – or better: the failure for success to appear –, to give up and do something else. In acting, which is not so easy to define but which has a lot to do with moment and perspective, it takes a lot of experience to reach a level at which things become possible: it is a craft in the best sense of the word. That kind of experience takes you to a point which at first you could not have imagined, a point which focusses you.”