Jo Stenuit: »Everything is connected!«

Why is it that the mentality of the Belgians is so wonderfully harmonized with that in Japan? And what does this have to do with loud and quiet? Let's say this much: It's all about the small, the big - and the design. A visit with Jo Stenuit, Design Director at Mazda Europe.
Text Alfred Rzyski
Photo Matthias Mederer · ramp.pictures

»I've done a lot of things in life without thinking too much,« says Jo Stenuit. Fortunately - we say. For otherwise the conversation during the visit to the Design Director at Mazda Europe for ramp #55 wouldn't have been half as interesting as it was. What do we mean? Stenuit has been working as a designer in the automotive industry for some 25 years, 23 of them at Mazda alone. He switched to the Japanese manufacturer at a time when many saw it as a risk. He didn't. It paid off. As a designer, Stenuit celebrated great successes at Mazda. And on a personal level, it's a good fit for him in Japan anyway.

He uses an example to explain how that works: By his own admission, it took the Belgian three years to really arrive in Germany. In Japan, that was only three months. »Simply because people are open there,« he explains. To elaborate: In Europe, the focus is on the individual; in Japan, it's on the team. Which suits him - because, like the Japanese, he tends to be quieter: »We Belgians are the hard-working guys in the background.« 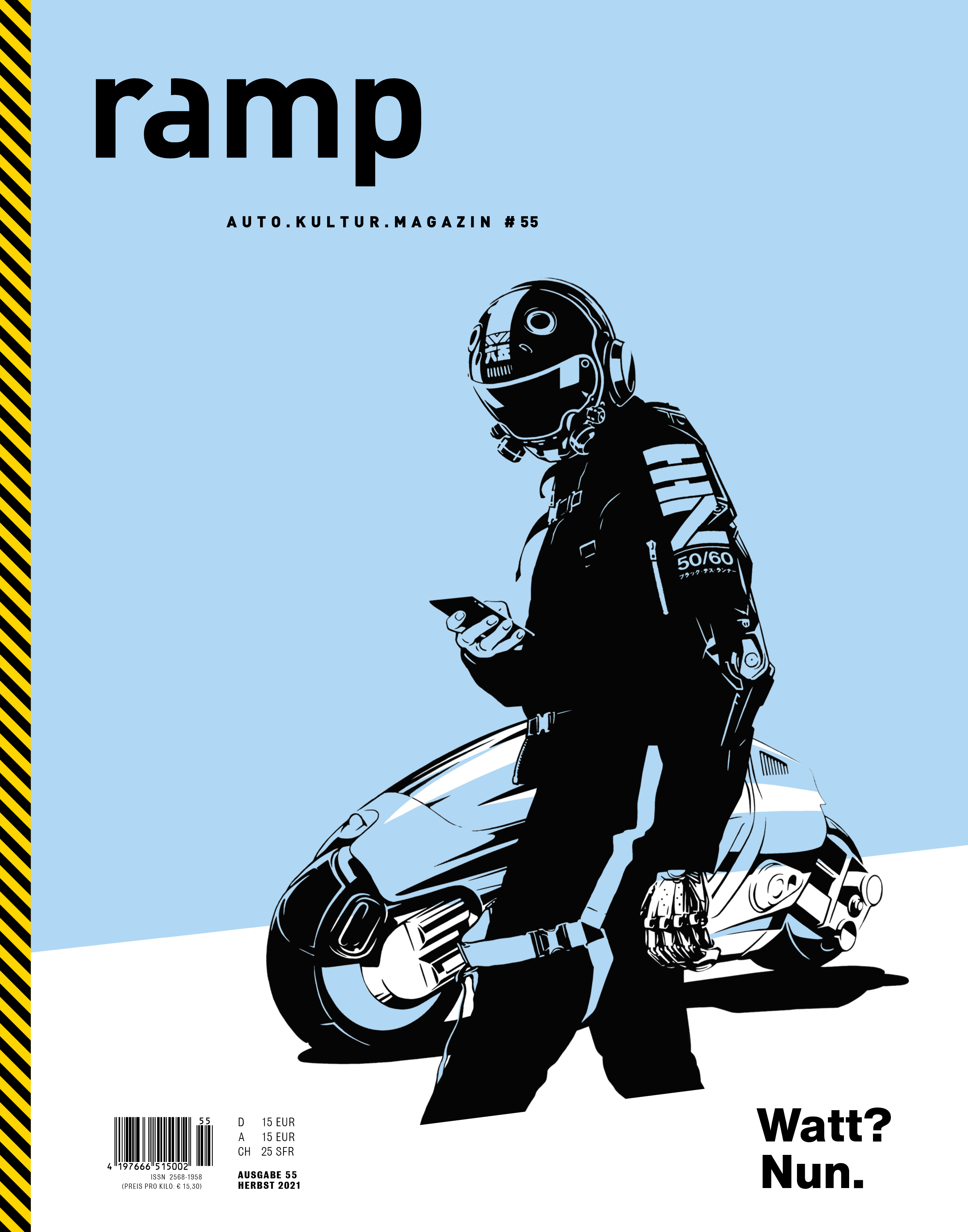 And then there's a realization: »Design is very much dependent on the culture and history of a country.«

Stenuit quickly learned that a willingness to adapt helps in this balancing act between cultures. For instance, when he was asked to define the Visual Identity with marketing experts. It all started with the font, not the big picture, as he would have preferred. »I thought it was a bit strange, why shouldn't we talk about the big thing first and then the small things? But it worked very well,« he admits. Because: »Through these conversations, you got to the big things.« After all, those are precisely what his work involves: Stenuit is now also involved in photo shoots and showroom design. Which then again is related to Mazda's own claim to be »different« as a brand.

Throughout the interview, he reveals how Mazda achieves that - but also why Mazda's Japanese design is catching on in Europe and the U.S., too. And we also get to know his chef, Hiro Sakai.