Imagine you get a call. You’re given the chance to drive ten laps at the Challenge & GT Days at the Red Bull Ring in Austria in each of the following four race cars: Ferrari 458 Italia GT2, Porsche 991 RSR, Porsche 996 RSR, Ferrari 333 SP. The task, by the way, is to show what you’ve got.
Text Kurt Molzer
Photo Matthias Mederer & Marko Knab · ramp.pictures

Some stories are so unbelievable you think they can’t be real. This is one such story. It begins three months ago at Ristorante Pfauen, Reutlingen near Stuttgart, Kanzleistraße 52. Apulian cuisine. Our editor-in-chief invited the staff and a few friends to dinner. A big get-together. One of the guests at our table was a wiry and extremely likeable man in his late forties. I noticed that he listened attentively whenever I said something. Usually with a slightly mischievous smile. The next morning, my phone rang. It was the editor-in-chief: “I just sent you an e-mail. Take a look at it, that’s all I’m saying.” I couldn’t believe what I read: “You’ll be driving ten laps in each of the following four race cars on June 8 as part of the Challenge & GT Days at the Red Bull Ring: Ferrari 458 Italia GT2, Porsche 991 RSR, Porsche 996 RSR, Ferrari 333 SP. By the way, I’m supposed to tell you that P. sends his regards.” Attached was a photo of each car (both of the Porsches, of course, are 911s – 991 and 996 are the internal type designations). 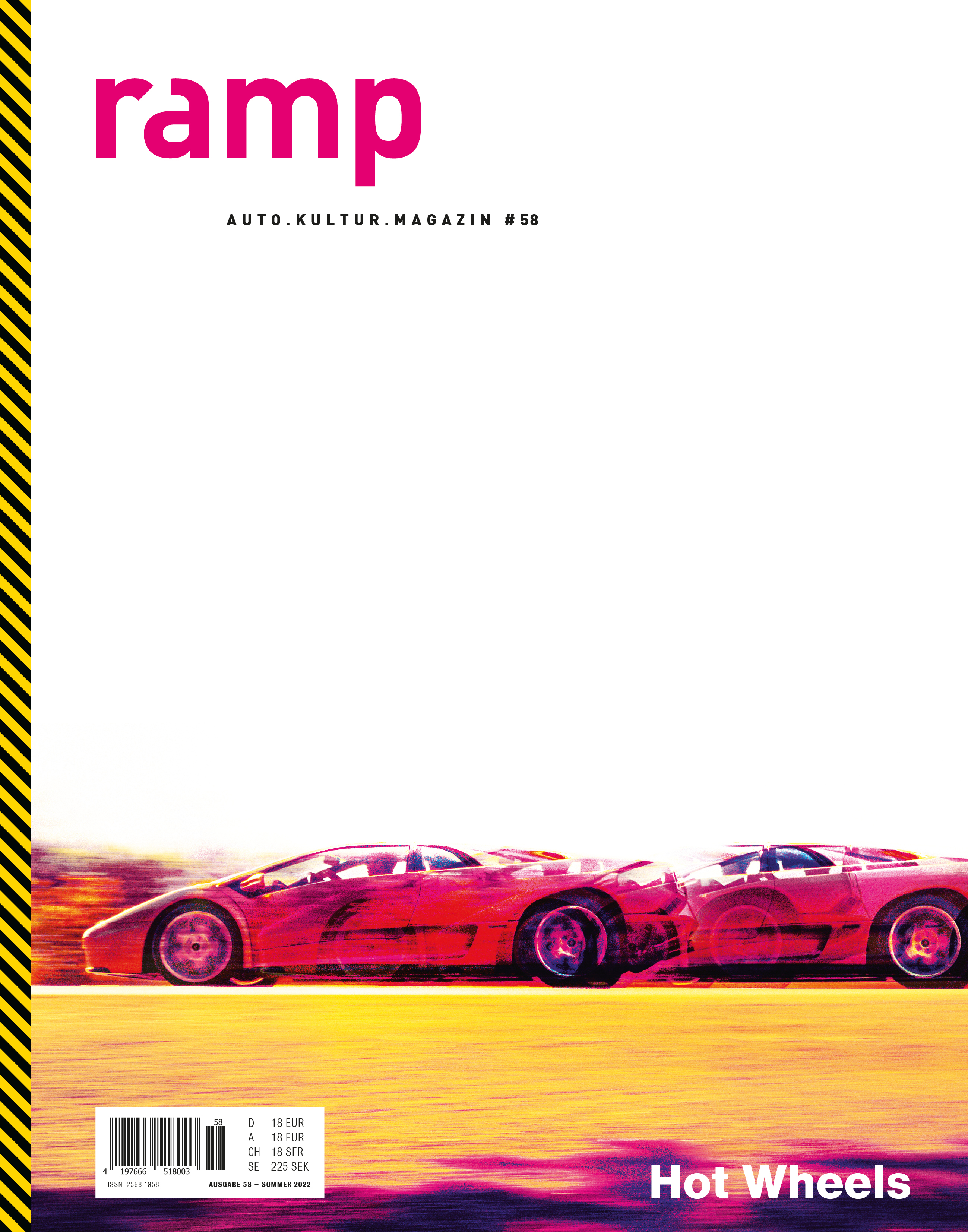 I immediately called back. “Is this some kind of belated April Fool’s joke?” I asked.

No joke, the editor-in-chief replied. P. used to race professionally – not in some Mickey Mouse races either, but in the World Endurance Championship. At dinner the night before, P. felt that I had had quite the big mouth, but instead of stuffing it with spaghetti carbonara, I kept boasting of my alleged driving prowess and assorted race car experiences. And because P. is the kind of person who believes that when you do something you should do it right, and because he likes a good story, he decided before he went to bed that night that he would rid this big-mouthed Austrian writer of his habit of shooting his mouth off. Let him show us what he’s really made of – in a real race car. And why stop at one car? Let’s make it four! P. owns the Porsche 991 RSR and the Ferrari 333 SP himself.

A friend of his, a former English racing driver, is the owner of the 969 RSR and the 458 Italia GT2. Both of them were coming to the GT Days to do a few laps on the track. In a midnight phone call, the Brit assured P. that he would make his two cars available to yours truly and that finally someone would show me what’s what. Early this morning, P. then rang up the editor-in-chief, who was still in bed, to inform him of his idea. (Since P. prefers a certain level of anonymity, we will continue to refer to him as P. throughout this story.)

And then all of a sudden it was June 8. I woke up early in the morning hearing voices – two, to be exact. One was soft, frail, uncertain: “This is your big day, just believe in it . . . Hmm, or not, I don’t care.” The other was thundering, ominous, unmistakable: “This is going to be your Armageddon!”

During the night, tormenting self-doubt had prevented me from falling asleep. Again and again the same questions circled through my mind: "Am I really up to this? Has there ever been a better opportunity to make a complete fool of myself? Was I going to kick the bucket?"

Getting up was tough, I didn’t exactly feel rested. At ten o’clock I was at the track. White clouds floated like a flock of sheep over the circuit, which lay there nestled in the mountain landscape.

→ Whether and how Kurt will prevail through his day of days and what the verdict of the media-shy P. will be? Read all about it in ramp #58.