Some claim that everything about the Mille Miglia has already been thought, written and said. But those who listen carefully and observe attentively will notice the minor episodes on the margins of the thousand-mile race. That might be because over the years a car or two has met with an untimely end.
Text Michael Petersen
Photo Matthias Mederer · ramp.pictures

A snail’s pace, on cobblestone. And with that clutch too. But at least it works. Still. The fans cheer, wave flags, take pictures with their mobile phones. It stinks so provocatively of petrol, exhaust and oil as if someone had called for the debate over fine particulates to be smothered in fine particulates themselves.

This is the moment just after a five-hour tour over Italian country roads in an Alfa Romeo 1900 ti. No power steering, no brake booster, no seat belts. Starting off, the navigator leafs laboriously through the road book. “Let’s just go with the mobile,” he says. The first stage is completed with the help of the classic road book. Just like Stirling Moss and Denis Jenkinson, although their average speed was admittedly somewhat higher. Conversations were probably rather succinct back then as well; moreover, today’s communications are also somewhat different in terms of substance: “So, where do I have to go? Left, right, straight ahead?” The navigator says nothing. “No network?” Still no answer. A comparison of the route on both Google Maps and the road book reveals that there is still a good 140 kilometers of country road to drive. As I said, without any assistance systems or safety mechanisms. Worth mentioning, perhaps, are the 1952 headlights, so blind that the light from a smartphone would easily double the visibility. At the end of the day, you’re happy to have completed the beautiful, thrilling and exciting initial stage. And you emphasize how much you are looking forward to the second stage. Five hours later, the alarm clock goes off again. 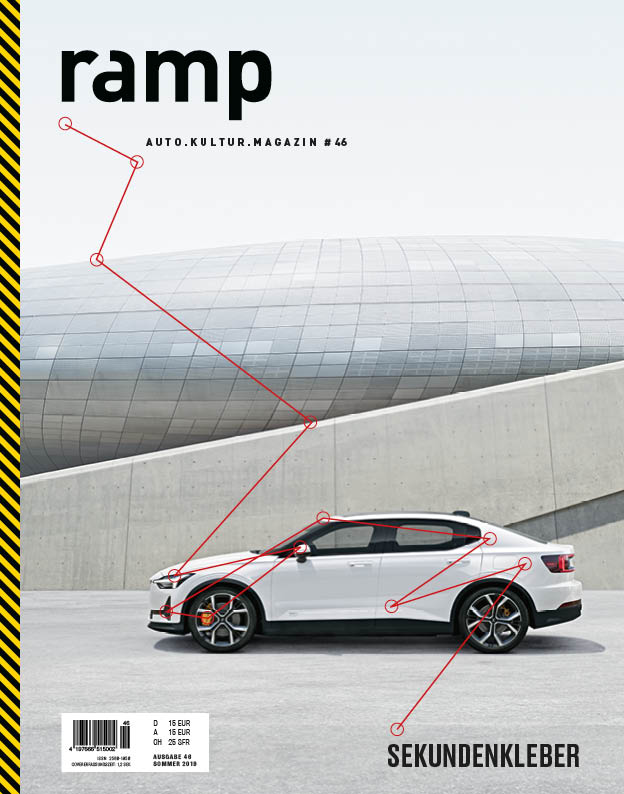 “The special thing about the Mille Miglia is the combination of car-savvy Italy, the enthusiasm of the spectators and participants, and the beautiful layout of the route. The Mille Miglia cannot be compared to any other event. It’s not a relaxing drive suitable for sipping coffee, it’s not a concours d’élégance, it’s a real sporting event. The Mille Miglia has been and remains a unique experience for me even after thirty years.”
–
Karl-Friedrich Scheufele, President of Chopard

Breakfast at six in the morning. In light of the hour, it could almost be called a late-late-late-night snack. Actor Scott Eastwood, wearing sunglasses, and his girlfriend are sitting at the next table. Eastwood drove the first stage together with Le Mans winner Romain Dumas in a Porsche 550 Spyder. His verdict: “Crazy!” Then he admits that when night fell, he would have felt more comfortable with seatbelts at some point. But Dumas reassured him by saying, “Believe me, it’s better to be thrown out of such a car in one piece in an accident than to be strapped to it with a seatbelt.”

You need to be careful when bandying about the term “ancient institution”. Maybe Pedro could be called a “young institution”. He competed in the Mille Miglia at the tender age of five. In the hot seat of his father’s car. It was in the late seventies. At the age of eighteen, he was behind the wheel himself and now he manages a very special fleet of rental cars: Five of his classic cars are usually on the road as part of the Mille Miglia field. Pedro seems to be everywhere at once.

When trying to start the Alfa as gently and respectfully as possible, the four-cylinder engine does everything but turn over. Somebody fetches Pedro. He steps on the accelerator a few times, and the car immediately howls to life and then falls into an expectant, albeit slightly uneven, idle. Pedro explains laughing, “Don’t you know? Every classic car has to be treated differently.” One requires a gentle hand; another needs a bit more discipline. And the key point: “Never forget that an old car has a soul!” That’s easy for him to say.

Thanks to GPS, Pedro always knows where his charges are. Our team’s no longer moving, he determines. Worried, he asks on the phone, “Is there a problem?” The answer: “No, just hungry. We’re just having some noodles.” Pedro makes sure that they pay quickly and take a shortcut to catch up with the field again. Pedro growls, “I can’t keep tabs on one car in Milan and another in Rome.”

With 430 cars in the race, one oldie or another might decide to take a break. Just like the Alfa. What to do? Take a break too, it seems. That’s a good idea, because over the thousand miles of the race you always seem to be hungry. Some tables and chairs in a front garden in close proximity to the Mille Miglia route invite you to linger. Shortly after you have taken your seat, a friendly lady asks, “What can I do for you?” The obvious answer is: “We want to order!” More surprisingly, she responds with: “May I draw your attention to the fact that you are on private property?” Before you flush with embarrassment too much, the signora invites you into the house. The stranded team is fed without further ado.

The modern-day Mille Miglia is judged in hundredths of a second. The road book specifies sections of the route that have to be driven at a precisely designated time. Compliance is precisely monitored by air hoses the cars drive over. The vehicles themselves may be old, but the additional measuring tools certainly are not. USB ports, iPads and smartphones are used to determine the target time in these regularity checks. In the meantime, of course, many teams have started to flout the rules and are happy to speed straight over the hoses whenever. This may bother the teams with laurels in their sights. But the marshals keep their equanimity and composure in successfully dealing with improper passing maneuvers.

The Piazza del Campo in Siena provides an outstanding setting for the crème de la crème of automotive culture. One gentleman doesn’t glance twice at the Maserati, the Ferrari or the 300 SL with gullwing doors. He heads straight for the Alfa. “That’s the kind my father used to drive!” He gladly accepts the invitation to climb into the driver’s seat. The moist shimmer in the gentleman’s eyes has nothing to do with the piercing sun. Drivers of the rare icons in the field are unlikely to experience moments like these.

If a team breaks down, there is no need to worry about support. First Pedro hurries to help; second, an organizer’s vehicle is quickly on the spot. If they are faster, a deal is struck that doesn’t sound so bad: cool drinks in exchange for a boarding ticket. In this way, the organizers remove the car from the race at the roadside. “But only for today. If you can get the car running again, you can rejoin the race tomorrow,” they say in cases like this. Four boarding tickets for four rally days make it possible. The situation is worse if the vehicle cannot be repaired for the next day. If the starting numbers are transferred to another car, turning an Alfa Romeo into a Fiat, the car is still classified as “DNF” in the rankings. However, the team may continue under a different flag.

When the Fiat just can’t carry on anymore, Pedro himself has to wait until a spare part is delivered. How can everyone best pass the time? With pizza of course. It is extraordinarily delicious even by Italian standards. Which is no coincidence, as the landlord explains, “I was recently named European Pizza Chef Champion.” Well, well. In all fairness, it certainly can be said that this Mille Miglia as well has been good for a surprise or two.

Chris Hrabalek is the proud owner of the last Lotus Elise Cup 250 Final Edition ever built – complete with custom paint job and vanity plates. And he’s on a mission...
Life & Style

Ever since Being John Malkovich, we’ve known just how hilarious films can be in which actors play themselves. Now there’s The Unbearable Weight of Massive Talent, in which Nicolas Cage plays a fictionalized version of himself as a washed-up actor.
Automotive

A set of hot wheels like this will immediately get children in the mood to play. And plenty of adults as well. It’s just a matter of scale. Which only leaves the question of how to measure all the fun we’re having.
Life & Style

Homo Ludens: Some thoughts about man and the play element

Life is improvisation and risk. What counts is the art of making the best of everything. You can train the skills to do this. The joy of play is an essential facet here. Some thoughts about man and the play element. By Michael Köckritz.
View all