The Other Side of the Force: Ewan McGregor:

In the recently launched "Star Wars" series, Ewan McGregor as Obi-Wan Kenobi once again moves a state-of-the-art spaceship and fights against evil. In his private life? He drives an electric car though. And appreciates the new Volkswagen ID. Buzz. However, he has already been sitting at home in the dark because the solar power wasn't enough. Five questions for the Scottish actor.
Text Michael Köckritz
Photo Volkswagen

Let’s start with your collection of old cars and motorcycles. How did that come about?
I’ve realized over the last fifteen years that if there’s one thing that gives me a great deal of pleasure, it’s tracking down a car that I want to buy, finding it and making it more useable. That’s like a hobby for me. But I must say: Although I have this passion for classic vehicles and the look of old cars and old motorbikes, I also appreciate new technologies and have a great appreciation for change. Especially the change towards electric and more sustainable transportation. I find that entire realm to be very exciting.

What do you think will become of the car in the future?
I wonder. It certainly is different for my children’s generation than for us. I was born in a time when cars were something special. It was that way in my family. I remember when my dad got a new car. That was a big day. I went to school in the morning, and it was exciting to know that when I got home there would be a new car there. 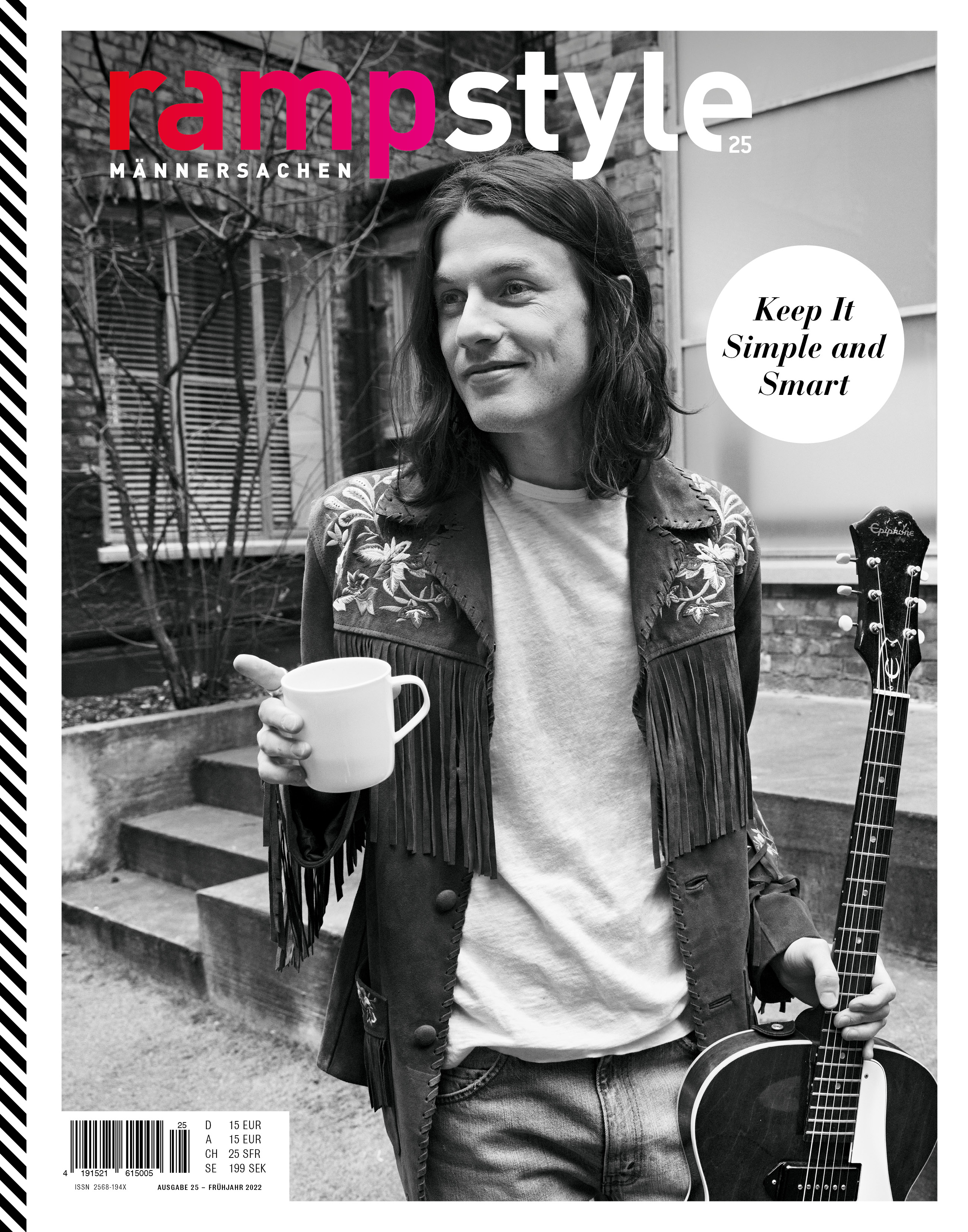 "I don’t think that our children, that my children have the same relationship to cars."

Is that a good thing or a bad thing?
Maybe that’s a good thing. Maybe we don’t need so many cars on the road, and maybe the next generation will be more into car sharing or there’ll be autonomous cars that pick you up and take you where you need to go. I’m not sure exactly what’s going to happen in the future. I just know things are going to have to change. Because in the world in general, with all the pollution and fossil fuel use and all of that, something needs to change. I think the car will evolve. Me, however, I love owning a car. I have a relationship with my vehicles.

And what kind of a relationship do you have with the ID. Buzz?
I really like it. In the VW community, we’ve been hearing about this electric bus that’s coming for years. There’ve been videos – online animations of the car and such – but I only recently got to see it for the first time. We were shooting a commercial with one in Los Angeles. And then yesterday I was in Wolfsburg, visiting the factory, and I also went to Hanover where they’re making the ID. Buzz. I got to see the production and I even got to sit in one and drive it a bit. It’s a really happy, friendly vehicle. Like the original bus. I think in Germany you call them Bullies, right? The Bulli?

Let’s talk about sustainability. How do you personally define sustainability?
We have to try to look after our planet. We have got to change the practices that we’ve become used to in order save the world. And I think we can do that in little ways and we can do that in big ways. Driving an electric car is one way to feel that you’re doing something about the problem. I have this old 1954 Volkswagen Beetle that I put several different engines in since I bought it in 2008. Two years ago I ended up converting it to be fully electric with a company in San Diego called EV West.

→ Read Michael Köckritz's complete and exclusive interview with Ewan McGregor now in the rampstyle #25 titled "Keep it Simple and Smart".